The Bank of Canada maintains overnight rate at 1 per cent.

This morning in a press release the Bank of Canada announced that it will maintain its target for the overnight rate at 1 per cent, and correspondingly keeping the Bank Rate at 1 1/4 per cent and the deposit rate at 3/4 per cent.

In the press release which can be read in full by clicking this ‘LINK’ the Bank of Canada mentioned that the “total CPI inflation has moved up to around the 2 per cent target, sooner than anticipated in the Bank’s April Monetary Policy Report (MPR), largely due to the temporary effects of higher energy prices and exchange rate pass-through.” They went on to say that the “core inflation remains significantly below 2 per cent although it has drifted up slightly, partly owing to past exchange rate movements.” 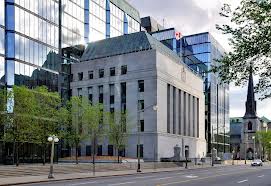